Flowers in a Glass Vase. A Short Story of One Etching 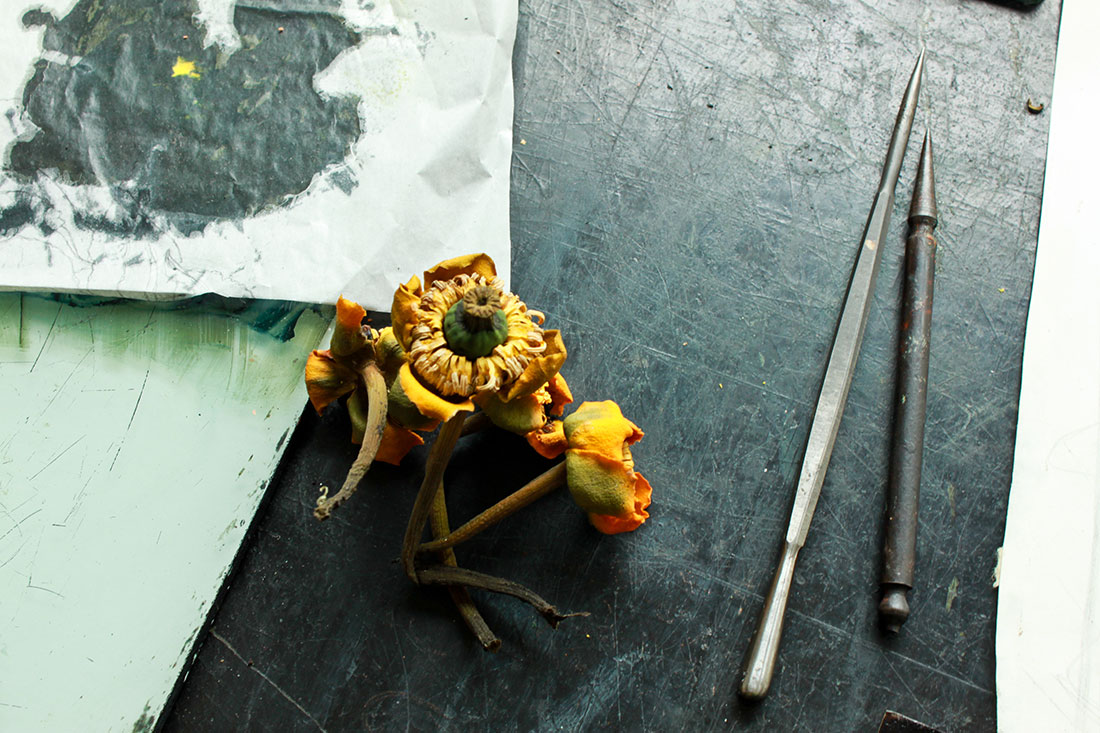 July of 2012 was very hot and long evening walks along the Dnieper River and swimming in its cool waters were real delight. One evening on the way back from a distant beach I was lucky to stumble upon a «lawn» of water lilies. About a dozen yellow flowers and some of their leaves traveled that day to my studio. 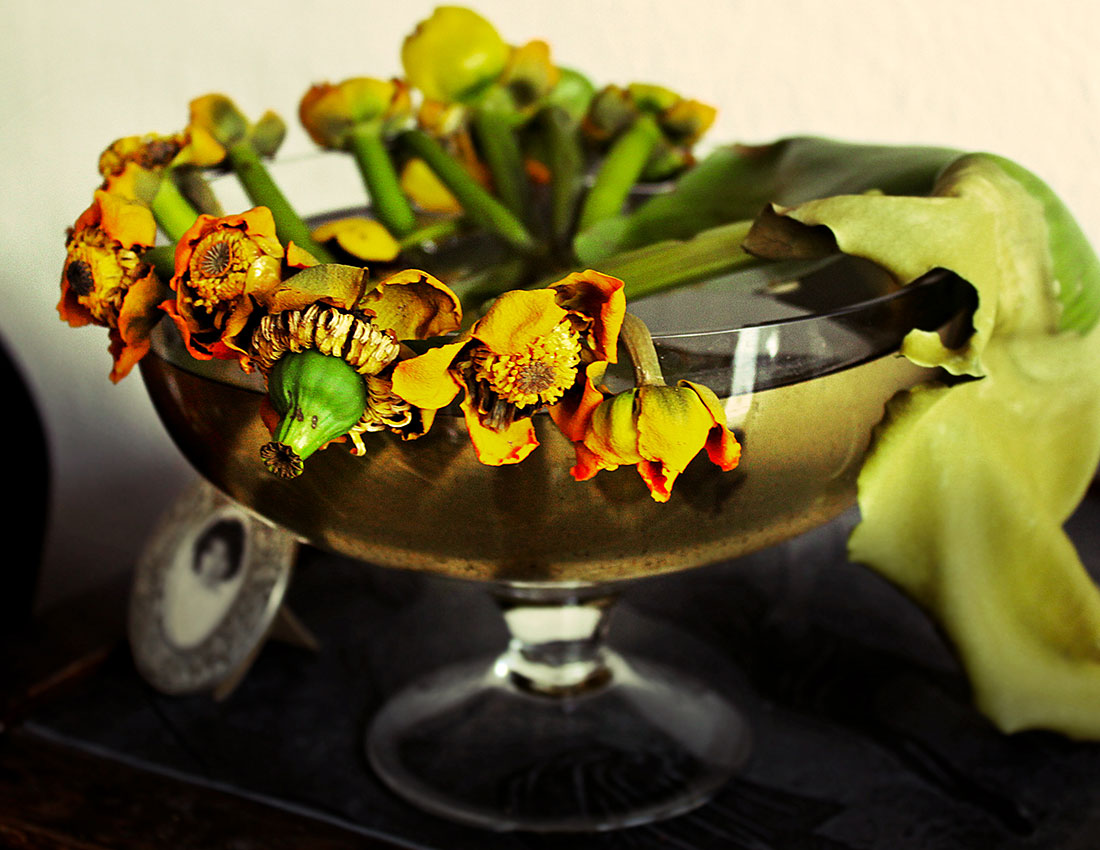 I settled the yellow water flowers in a glass vase, which to that very day did not show any signs of ability to accommodate flora. It seemed perfectly clear that this vase is designed and destined to hold fruits and sweets offering them to my guests. 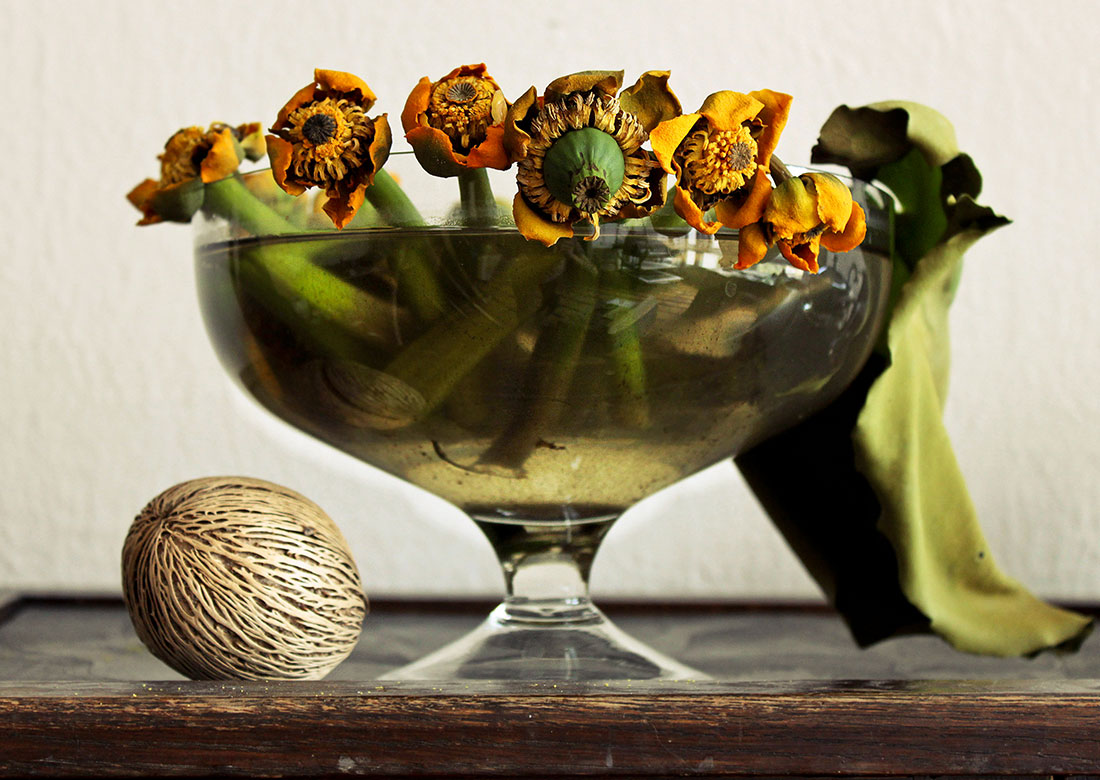 The next day was devoted to the creation of the draft. Picking up a right company for the glass vase was not an easy mission, I had to try out a lot of options.

And none of them was included in the final composition. 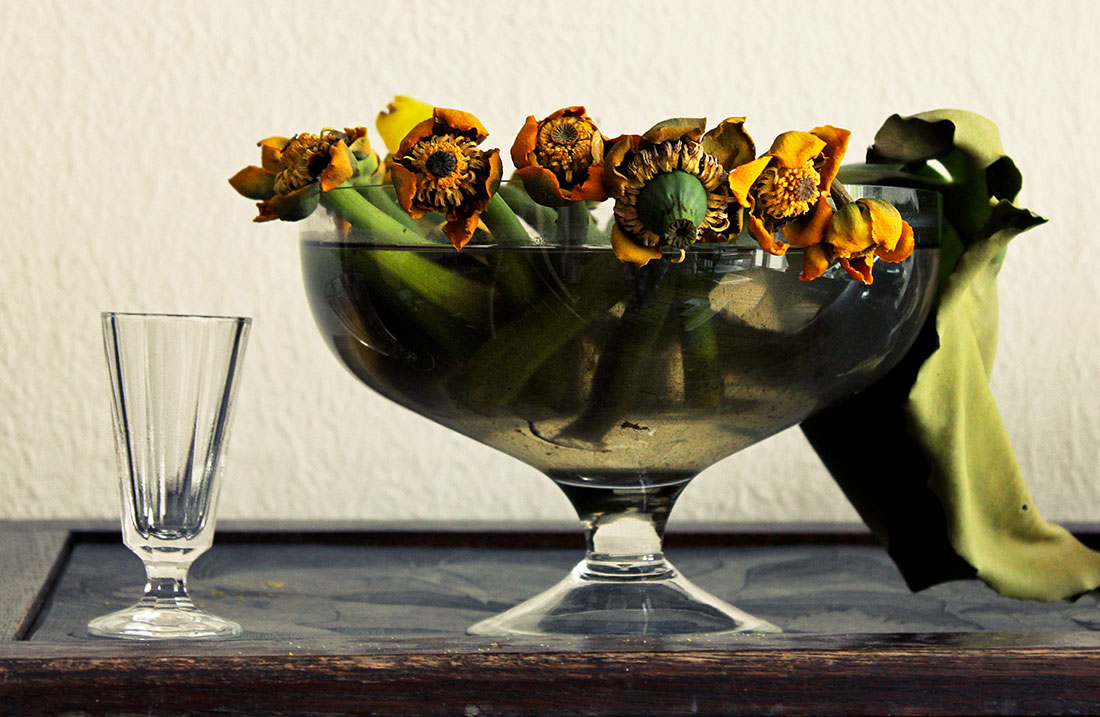 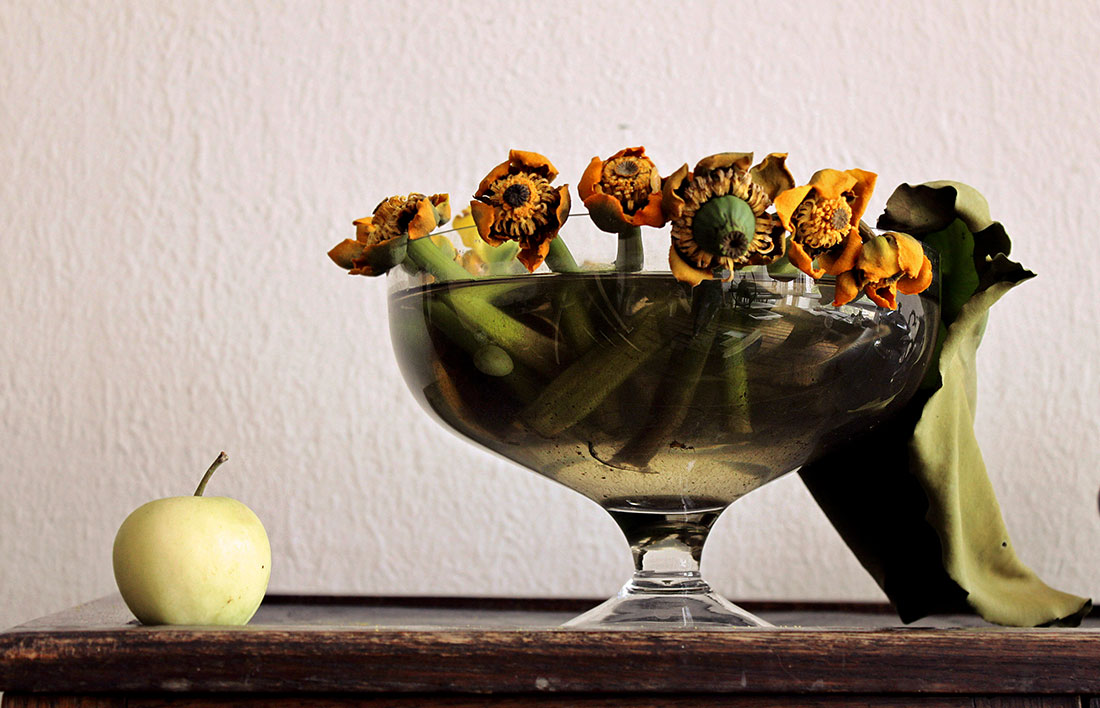 The first version of this print was made using two types of paper and then colored with watercolor. Light diagonal translucent paper with golden particles gave the etching its first name — “The Sun Rays.”

However, it was decided later to print this etching further in a classic graphic manner, and the final name then became “Flowers in a Glass Vase.”